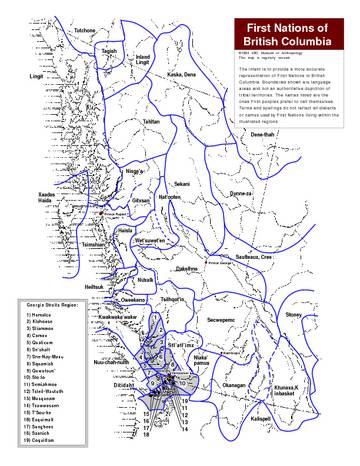 First Nations of British Columbia. Click to enlarge. Reproduced courtesy of the Museum of Anthropology, University of B.C., Vancouver.

Aboriginal groups across what is now Canada each have their own distinct cultures, customs, and languages. Given our location, we have predominantly focused on cultures of the Pacific Northwest coast. This category is by no means a comprehensive look at cultures, but instead serves as a starting point for the reader who might be looking for specific topics relating to cultural traditions, materials or resources.